A tessellation of a plane is the filling of the plane with repetitions of figures that do not overlap and do not have any gaps between them.  I had seen tessellations in art classes that I have taken in the past, but I never realized that it was also a math concept.  Tessellations can be fun to make, as well as be a great geometry activity in an elementary classroom. 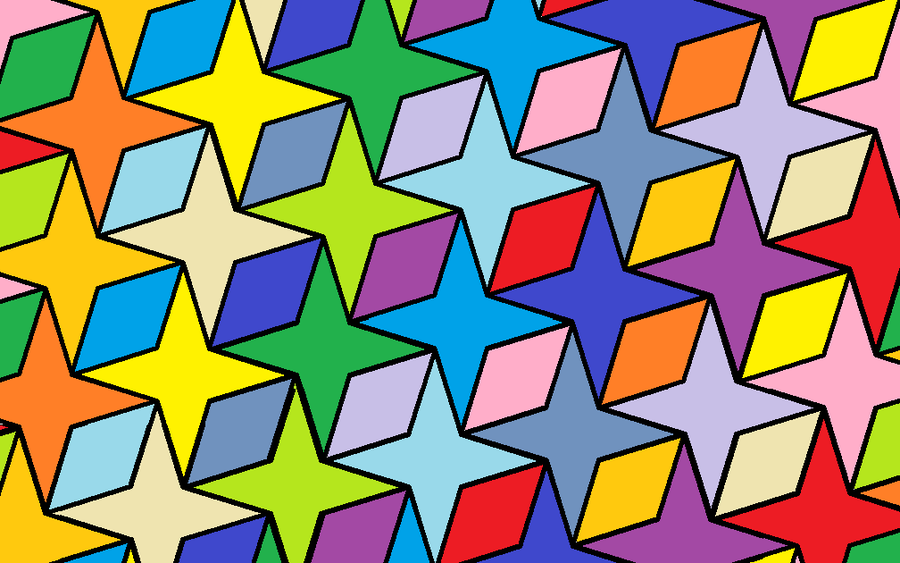 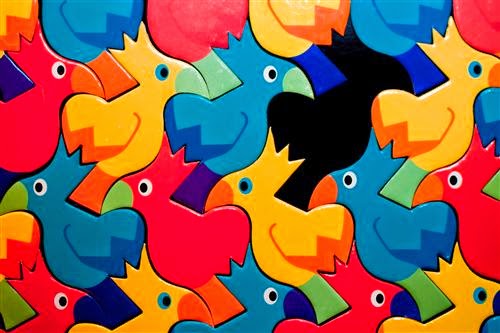 Posted by Brittany Korcal at 2:56 PM No comments:

In my last post, I talked about turning, flipping, and sliding a figure over a plane.  Now I want to talk symmetry in a figure (a polygon).  How many lines of symmetry does a square have? Can you turn a rectangle 90 degrees and still have symmetry? What about 180 degrees? These are the types of questions we will practice asking ourselves in this post.

For example, a circle has an infinite amount of line symmetries! This is because it can be turned on a fixed point so many times an still be the same. 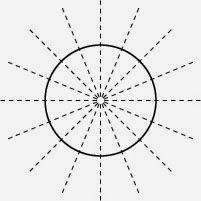 In the example below, the hexagon can be turned 60 degrees and still match the original figure.  When it can rotate, we say that the figure has 60 degrees rotational symmetry. 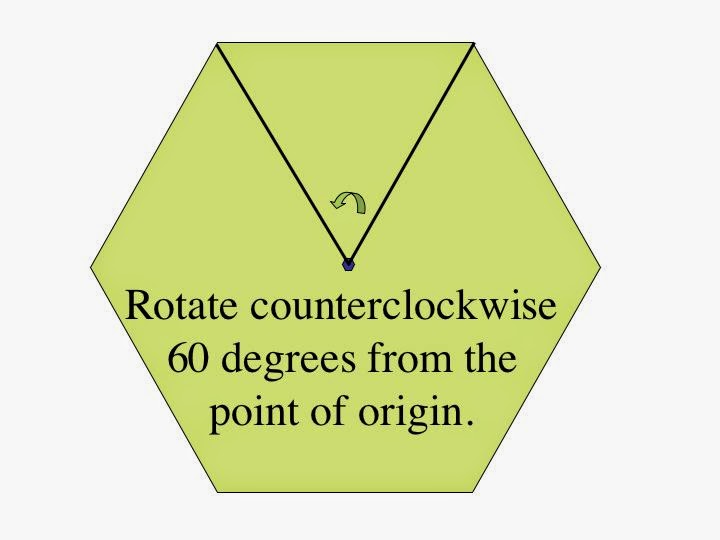 Both figures below have point symmetry.  If you turn them 180 degrees, they will look like the original image. 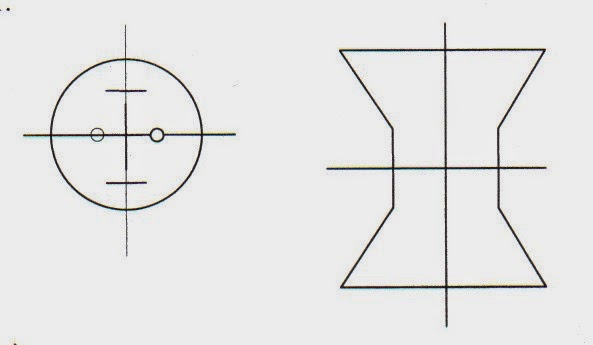 Posted by Brittany Korcal at 9:35 PM No comments:

A translation (slide) moves every point of the plane in a specific direction along a straight line.  You are sliding the figure across a plane.  A great way to remember translation is that the "sl" in the word translation stands for slide!

Here are a couple of examples of translations:

A rotation is when you turn a figure about a fixed point (the center) a certain amount in a certain direction.  A way to remember that rotation is a turn by thinking of one of the t's in rotation stands for turn.

Here are a couple examples of rotations:

For the pentagon shown above, the figure was rotated clockwise at 90 degrees.

The Seahorse in the picture above was also turned clockwise at 90 degrees.  Even though the seahorse is an animal and not a "shape", it still gives a fun example of how to rotate a figure!

Here are a couple examples of reflections:

The next figure below is a much simpler example of a reflection.  It represents the fact that a reflection reverses the orientation of the original figure.

The dotted line represents the line of reflection.  The letter "R" on the left is the original figure, while the "R" on the right is the reflection.


Posted by Brittany Korcal at 11:05 PM No comments:

Volume is how much a container will hold or how much space a three dimensional figure contains.  There are many ways to apply volume to everyday life.  When you want to pour water into a bucket, how much water will fit in the bucket?  This is just one example of many to think of volume compared to real life situations.

Lets take a look at some of the volume formula's for a few different shapes.

As you can see in the picture above, the volume was found by multiplying the three numbers given for length, width and height.

For the volume of a prism, we would use the formula: Volume= base x height (V= b x h).

When I saw this example, I noticed that they used a different formula to find the volume of a prism.  I see in the picture above that since every side was exactly 3cm, they multiplied these together to come up with the volume.  Which formula do you think works best?

The volume formula for a cylinder is shown in the picture below.

To find the volume of a cylinder, we must find the area of the base and multiply that by the height. Remember that the area of a circle (the base is a circle) is Pi x radius 2.

The website where I found all of these examples only provided the formulas for the cone, pyramid, and sphere. I can't figure out how to make a Pi symbol on this blog, so here are the rest of the formulas from the website I sited:

Posted by Brittany Korcal at 9:54 PM No comments:

There are many different formulas for the many types of shapes.  These shapes can be found in everyday life.  Have you ever needed to paint a room and needed to calculate how much paint you needed for the walls? Before you buy the paint, you need to know the surface area.

Lets say that you had a bedroom with an area of 9 feet by 10 feet and the ceiling is 12 feet from the floor. You only need to paint the walls.  What is the surface area of the room? 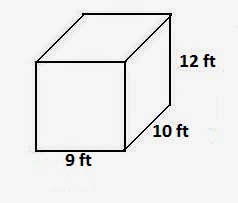 Posted by Brittany Korcal at 9:22 PM No comments:

This video does a great job of explaining what the Pythagorean Theorem is and how to use the formula.  It helps you remember how to find the hypotenuse of the triangle (it's the longest word, so it's the longest side!).  I would like to use this video in the future as a review for students.

Something that I had forgotten about using the Pythagorean theorem is that you must find the square root before you have your answer! It's important to remember that the unknown integer of the leg or hypotenuse that your trying to find is squared, so you must simplify your answer.

Here are a couple of examples of the Pythagorean Theorem in action! 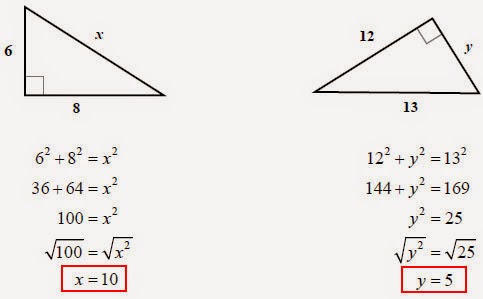 Posted by Brittany Korcal at 11:57 PM No comments:

I have learned that there are many ways to find the area of a polygon.  It all depends on what shape you are measuring.  There are so many different polygons, but I will share two of them with you today.

The area of a polygon is measured in square units, in which a square unit has 1 foot on each side (1 ft squared).

The formulas for some of the different polygons are easy to remember! One of the easiest to remember is the rectangle:

Another formula to look at is that of the triangle. The formula to find the area of a triangle is:


Posted by Brittany Korcal at 11:38 PM No comments: